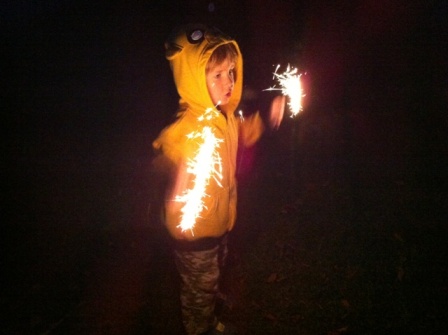 I haven’t done a lot of public speaking, but when I do, I make great success of forgetting most of what I learned in Speech class. But one thing I have not forgotten is this oft-repeated, Speech class standard:

This is sound, I believe. It’s also a pretty solid parenting advice.

One thing that gives kids freedom is borders. This far, and no further. What that’s about is clarity. And clarity is a gift. It’s a gift that keeps on giving and keeps on needing to be repeated.

The Power of Repetition in Parenting

Why is repetition such a gift? Because we are the kinds of creatures who learn through ritual, practice –by what we hear and do over and over.

How were the children of Israel instructed to train their own children in turn? Repetition.

It’s also the same way we internalize truth. Christian heritage is rich on this score. One beauty of the liturgical form of worship is the artful repetition of words and actions that place us in a story.

“We are what we repeatedly do. Excellence, therefore, is not an act, but a habit.” –Aristotle

It feels tedious, I know. But love bears repeating.

Peace to you, S.D. Smith

« How Can Our Children Hear God?
Old Fashioned Cornbread {gluten-free} »