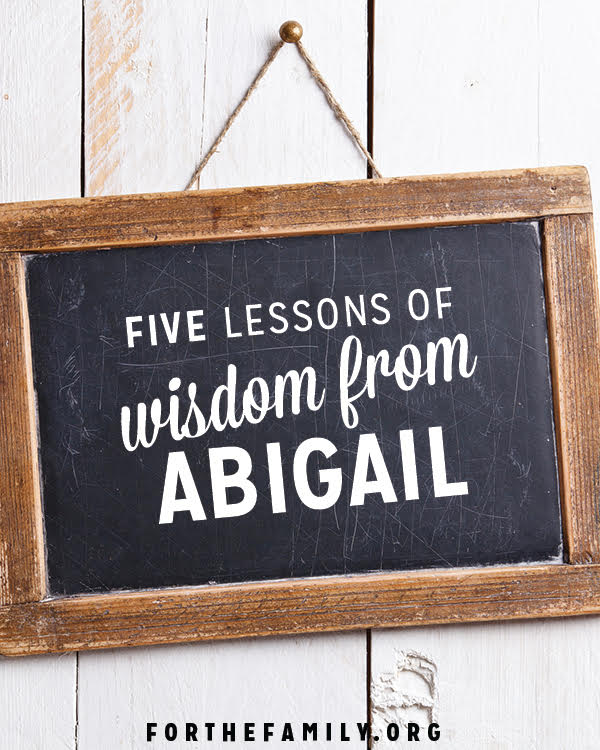 I’ve been reading much about wisdom these days. It’s mentioned about 45 times (depending on the version) in the book of Proverbs alone.

When God sends a message that clearly, I sit up and take note. “What now, Lord?” I ponder. “How can I apply wisdom to my ministry?” (That ministry being a loving wife to my husband, a leader of four children and keeper of our home).

Looking to the Greek translation for clarification on wisdom, we find “sophia,” which is why we see words like philosophy, a combination of “philo” (brotherly love) and “sofia.” The shortened version of the word (wise) can be found in sophisticated and sophomore. Ever wonder why some teeth are called “wisdom teeth?” It’s because we get them at the onset of maturity.

Dictionary.com defines wisdom this way: Knowledge of what is true or right coupled with just judgment as to action; sagacity [level headedness], discernment, or insight.

Throughout scripture, wisdom and understanding are found hand in hand. Wisdom is the fear of the Lord, while understanding is that wisdom in practice.

“How can I apply wisdom to my ministry, Lord?”

In silent reverence I wait until I feel His guidance lead through a whisper, “Seek Me until My truth is living, moving, and breathing in your home; until the righteousness of My Word is coupled with each step you take; and until My wisdom exceeds your desire. That’s what you’re called to do.”

Looking to His word for example I find Abigail in 1 Samuel chapter 25. Abigail was the wife of Nabal, and while she was a woman of good understanding and beauty, the Bible describes him as churlish. In other words, he was rude, impolite, hot-headed and lacked the wisdom his wife had.

In verses 7 and 16 we see that David had protected Nabal’s shepherds and was now asking for a reasonable favor in return: that Nabal would give them provisions when they arrived.

Nabal was rich, and so it certainly wouldn’t have been any trouble for him to comply, but instead of being wise and generous, he chose to be rude, which only provoked David to fight.

Gathering an army of 400 men, David set out to destroy Nabal’s household, and had it not been for the wisdom of one woman he would have.

Recognizing that David was a servant of the Lord, Abigail sent a generous gift to David, and with that gift she humbled herself at his feet pleading for the life of her husband. She didn’t deny that Nabal was ill-mannered or rude, but she sought grace on his behalf.

In this beautiful love story, we see that David granted her that grace, and within ten days God took the life of Nabal, and rewarded Abigail with her freedom.

Where did that freedom lead her? Into the arms of David, a valiant soldier and soon-to-be king. 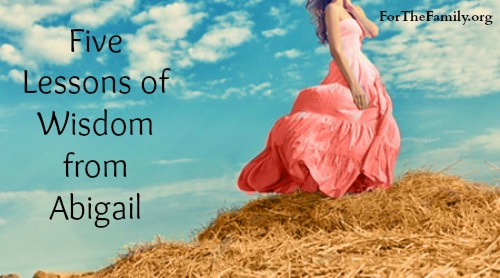 Through Abigail’s example, we see the cycle of wisdom in action:

You are loved by an almighty God,

Darlene’s an Evangelical Christian whose number one priority is to serve Jesus Christ in every area of her life. She started Time-Warp Wife in 2010 out of a place of grace, with a passion to encourage women in their marriages.

She and her husband Michael live in Manitoba Canada. Married 25 years, they have four children (three still at home), a bird and two pugs who are everyone’s babies, especially hers! Their lives are basically surrounded with three things: faith, music and everything books. She’s an award winning and New York Times best-selling author who is nothing without the grace of God.

You can find her blogging at Time-Warp Wife where she encourages women toward a Christ-centered marriage.

Check out her newest book:
The Virtuous Life of a Christ-Centered Wife: 18 Powerful Lessons for Personal Growth.

« Directing Their Appetites for What Is Good
When Marriage Meets Busy: A Game Plan »