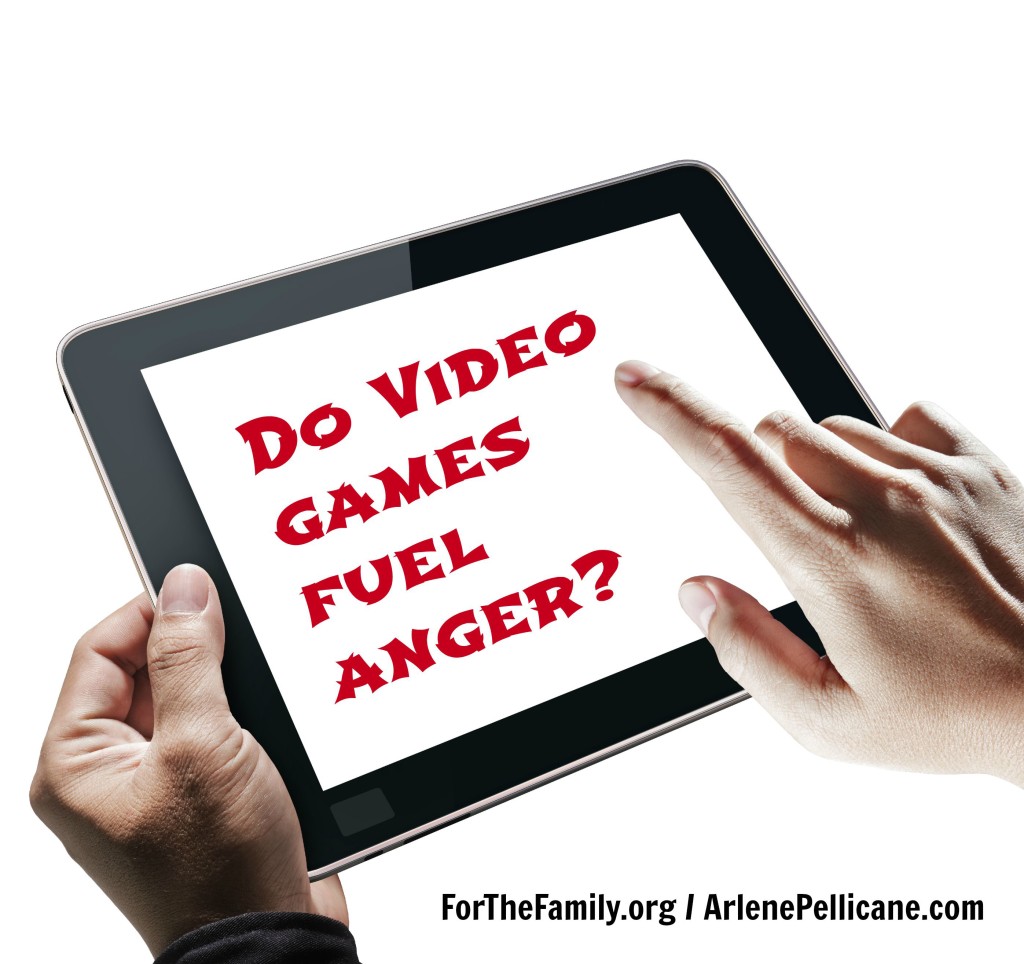 Tony was a typical fifth grader. He liked sports more than schoolwork, but did fine in his class. After soccer practice and homework, he was allowed to play video games. He learned about the video games the sixth graders were playing and before long, he was playing them too. Even though the rating of the game was for 17 year olds, all of his classmates were playing so his parents figured it was all right.

But after a few months, his parents noticed a change in Tony. His teacher called because he was fighting with another boy in the class and being disrespectful to her. At home, he had little patience for his little sister and would lash out often. If his parents asked him what was wrong, it would make him angrier.

Have you ever experienced something similar in your home?

When a child is spending too much time playing video games (especially if they are playing violent games), you will often see the signs that Tony exhibited. A child will become grumpy, easily angered, impatient, and argumentative.

Just like adults, children need to rest and recharge. That happens best in outdoor play, settling down with a good book, or hugging and talking to a parent.

Not playing video games…and especially not violent ones.

Relaxation doesn’t occur while holding a screen, yet that is how so many children are spending all their free time. Without downtime and visual relaxation, children are more restless and prone to anger. As I heard Dr. Gary Chapman once say, “There’s a place in a child’s life for a bucket of water and stick. And for him or her just to turn that stick around and around.”

Where’s the downtime in your child’s world?

Screen worlds emphasize speed so a child raised on screens has little patience in real life. As a result, when that child has to wait for something, his impatience can quickly morph into frustration and anger.

Many people would like to think that violence in video games, movies, and television do not affect children. The reality is your child is affected by everything he interfaces with. Screen violence is especially dangerous because it does not teach a child how to properly relate to people. First person shooter video games and television dramas teach a child how to blow someone up; how to destroy someone.

You may think, “Well, it’s just a game” or “It’s on television; it’s not real life.” But research shows that children who spend a great deal of time watching violent movies and video games are far more likely to be involved in violence themselves. More than 1000 scientific studies and reviews show that significant exposure to media violence increases the risk of aggressive behavior, desensitizes them to violence, and makes them believe the world is a meaner and scarier place than it is.

Video games are especially dangerous because a child is not passively watching a violent act. He or she is participating in it. The more a child is involved, the more he or she will get out of the experience. Games also create a system of reinforcement. A child is rewarded for destructive behaviors again and again.

If your child plays a violent game or two, it may have little effect. But if your children play a few games, several days a week, for a period of years, they will not emerge unaffected. There is a correlation between anger and onscreen violence.

This is one area we need to give extreme guidance to our children regarding what they are allowed to watch. If you realize your child is playing video games that are not healthy, cut back on that video game time and make it a goal to eliminate violent video games altogether. Replace those video games with more creative ones that do not involve violence, and seek out friends who like to do things besides gaming.

Have you noticed any correlation between anger/aggression and screen time in your child?