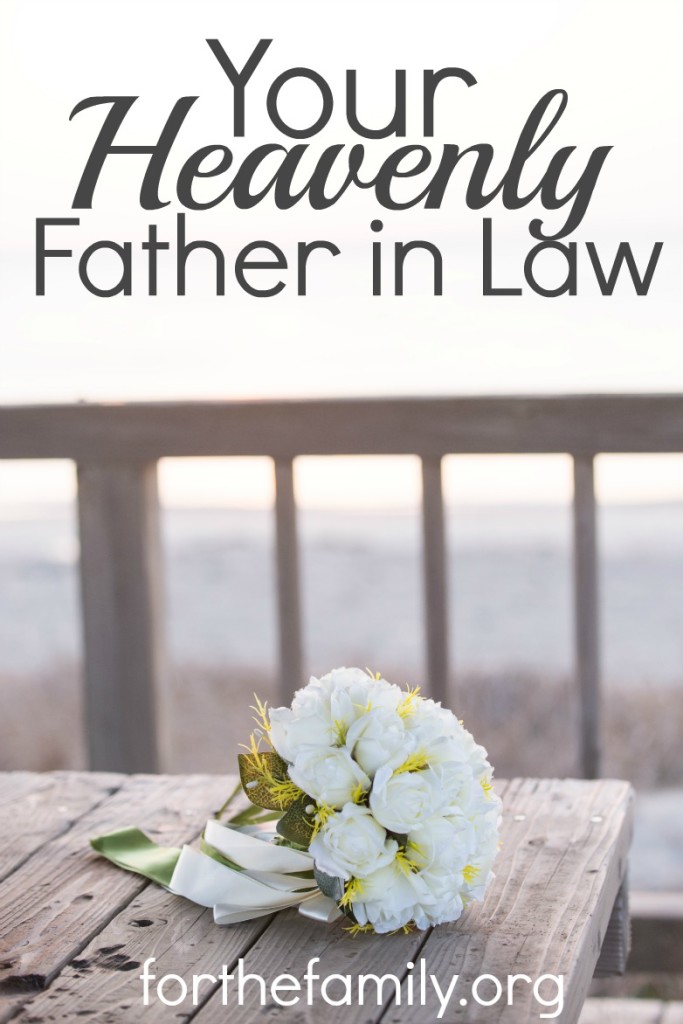 Three decades ago, my soon-to-be father-in-law stood up to say a few words at my and Lisa’s wedding rehearsal dinner. He broke out in tears halfway through. Bill wasn’t particularly sentimental, and over two decades passed before he explained what was behind the tears: “Gary, when you married my daughter, I thought to myself, I don’t have to worry about Lisa. She’s found a good man who will take care of her. She’s going to be okay.”

Now that I have two daughters in their twenties, I can empathize. It’s almost scary to me how desperately I want my daughters to be loved, which helps me understand that the best gift I can give a father-in-law is to take care of and even spoil his little girl. This has helped reinforce one of the most marriage-transforming truths I’ve ever received from God.

I was a young husband at the time, and during an intense time of prayer, I sensed God convicting me, reminding me that Lisa wasn’t just my wife, but she was also His daughter and I was to treat her accordingly. It was an intense application of 1 John 3:1: “See what kind of love the Father has given to us, that we should be called children of God” (ESV).

Once I had kids of my own, the power of this insight took on new force. If you want to get on my good side, just be good to one of my kids. Conversely, if you really want to make me angry, pick on one of my kids. My blood pressure will go up if your name is even mentioned because I’d much rather you mess with me than with one of my kids.

When I realized I was married to God’s daughter—and that you, women, are married to God’s sons—everything about how I viewed marriage changed. God feels about my wife—His daughter—in an even holier and more passionate way than I feel about my own daughters. Suddenly, my marriage was no longer about just me and one other person; it was very much a relationship with a passionately interested third partner. I realized one of my primary forms of worship throughout the rest of my life would be honoring God by taking care of a woman who would always be, in His divine mind, “His little girl.” On the day we get married, God becomes more than our Father; He also becomes, in a very real sense, our heavenly Father-in-Law.

When I disrespect my wife or am condescending toward her, I am courting trouble with her heavenly Father, who feels passionately about her welfare. In a positive sense, when I am actively caring for my wife, loving her, and seeking opportunities to showcase her beauty to others, I am pleasing God on about as high a level as He can be pleased.

Viewing God as Father-in-Law has helped me understand the apostle Peter’s words when he wrote, “Husbands, in the same way be considerate as you live with your wives, and treat them with respect…so that nothing will hinder your prayers” (1 Pet. 3:7).

That used to seem backward to me; I thought I needed to pray for a better marriage, but Peter is telling me I need a better marriage so I can pray. Looking at God through the lens of Father-in-Law resolved the dilemma. If a young man came to me, praising me, complimenting me on my character, even singing songs about me and giving me 10 percent of his income, but all the while I knew he was making one of my daughters miserable through abuse or neglect, I’d frankly have nothing to say to him except, “Hey, buddy, start treating my daughter better, and then we can talk. You say you respect me? Then take care of my little girl.”

That would be the first and only thing I’d want to discuss with him every time he approached me. So it makes total sense to me that if I don’t treat Lisa well, respecting her as God’s daughter, with all the privileges such a high standing involves, that my prayer life will be hindered.

Women, to get a feel for how well you’re treating your husband in God’s eyes, just consider how you’d feel if a daughter-in-law treated your boy the way you treat your husband, in any area. Would you thank God for her, or would you be pleading with God that He would convict and soften her heart?

My earthly father-in-law called me the morning of the day he died. One of the last things I ever said to him was to remind him of the rehearsal dinner and then pledge once again to be true to my vows and take care of his daughter. He could go into eternity knowing that Lisa had a devoted advocate who would put her own welfare about his. At the time, I believed it was the best gift I could offer a dying man who had given me so much (his own daughter in marriage).

Even more than I’m forever in Bill’s debt, I’m eternally in God’s debt. I could never even begin to repay Him for what He has done for me. But I can love His daughter with devoted excellence.

All of us can make our God—to whom we owe everything—smile by the way we take care of His son or His daughter.

(This post was adapted from Gary’s book A Lifelong Love: How to Have Lasting Intimacy, Friendship, and Purpose in Your Marriage. For more information, go to www.alifelonglove.com)

« 6 Benefits of Living in a Smaller Home
Passing Notes »