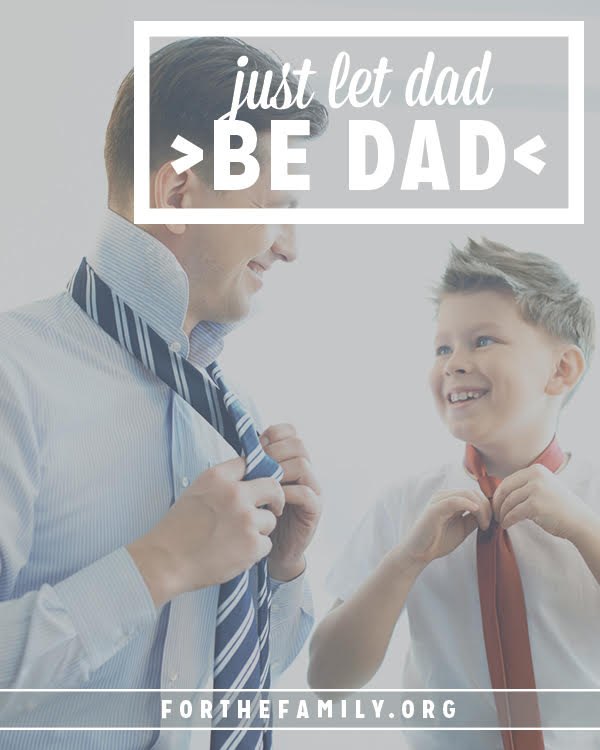 My husband and I parent so very differently. This was most evident when our three offspring were still kiddos in single digits. A stroll to the neighborhood park, a trip to the grocery store, or even a simple Friday night movie-and-snack time at home could turn into a showcase of these glaring differences.  Usually it went like this:

Dad started having fun with the darling dependents. Mom, however, interpreted it as a safety hazard instead and transformed instantaneously into….tada…. “Meddling Mama”! Meddling Mama is ready at a moment’s notice to correct any wrong, dangerous, or even slightly-off-course behavior of dad.

Dad lets them climb to the tippy top of the playground monkey bars with a bath towel safety-pinned around them like a hero’s cape.  Meddling Mama thinks safety first and not only makes them climb down, but promptly removes the safety pin, which might pose a poking hazard.

At the grocery store, dad allows the children to ride on the end of the cart while he pops a ginormous wheelie. Mom not only has visions of smashed-in teeth parading through her mind, she panics when she realizes that she never wiped down that end of the cart with the handy sanitizing cloth she grabbed at the front of the store.

And that time of family bonding watching a movie and eating popcorn? Mom shuts down the show of fun just as dad is teaching them to toss popcorn into the air at just the perfect arc to catch it in their wide-open mouths. Choking hazard. Too dangerous, of course.

Sure, parents should have their children’s safety in mind. However, I have found in my quarter-century of parenting that often my desire for properness and safety clashed with my husband’s desire to simply be a fun dad.  It wasn’t until my friend Mary pointed out to me that my “smother mother” tendencies were interfering with my husband’s longing to form bonds with our kids.  Because I greatly respect her opinion, and know she only tells me things for my own good, I actually decided to at least consider the notion that she might be right.

About this time, I was listening to a lecture at a moms’ conference where I was an attendee. As I sat in the audience furiously taking notes, the speaker made a statement that was an “aha moment” for me. She declared, “Typically—but not always—moms form bonds with their children through nurturing. Dads form bonds with the kids through rough housing and play.” She went on the assert that often a mom’s desire for nurture and care steps in the way of a dad who is simply trying to parent his child through adventurous play. She warned us moms that, if we weren’t careful, we could be getting in the way of our husbands developing a strong relationship with our young children.

It didn’t take me very long to see that her theory was correct. In fact, the moment I returned home from that weekend conference, I saw a vivid display of it right in my very own home. My husband and three small children had practically removed any sort of order from the house while I was gone. There were blanket forts in the living room and cereal bowls strewn about the kitchen with evidence of several boxes of Peanut Butter Captain Crunch having been consumed. (They never touched the cut up veggies I left in the fridge for them!) My toddler had on mismatched pajamas that, apparently, he had been wearing all over town that day. My daughter did not have her hair in a ponytail with coordinating ribbon, and my middle child—a dare-devil son—started talking a mile a minute telling me all about the thrilling day he had experienced, which evidently included riding on a scooter that had been tied to the back of my husband’s bicycle as my husband whipped down our street, taking corners fast sending the scooter slightly airborne. YIKES!!!!

It didn’t take long for me to rip into my husband with all of the “What in the world were you thinking?!?!” accusations. It was then that I saw his spirit deflate. And, that I remembered my friend’s observation.

As I looked around my home, I saw the situation with new eyes. I didn’t spy a messy home. I saw evidence of fantasy and exploration between my kids and their dad as my husband—who could have been doing something for himself—chose to enter a world of fort-building fun. And in the kitchen, I didn’t see the remains of an unhealthy eating plan, I saw a dad who stopped the play long enough to make sure the kids got fed. He also gave them baths, made sure they brushed their teeth, and got them dressed for church on Sunday morning (although I didn’t dare ask what they wore!) Upon further investigation—I heard tales of piggy back rides, a trip to the zoo, and bedtime stories of when my husband was a little boy waaaaaay back in the last century.  My children’s faces lit up with delight as they gave me the play-by-play of their magical weekend with their father.

So take it from this mom, who, by the way, still has a tendency to stick my nose in where it really is not needed.  Here are three phrases your husband needs to hear from you. Say them often and mean them each time.

I love seeing you parent our kids.

Praise your husband out loud. In fact, make sure to do it in front of the kids. We sometimes take for granted the fact that we have a parenting partner in the first place. And sometimes our desire for calm and safety renders us incapable of seeing the trust, love, and strength that is being woven into our husband’s relationship with the kids. So make it your point to notice out loud the many ways you are thankful when you see your children’s dad simply being a dad.

Can we compromise a little?

My kids loved doing dangerous things with their pop. Wild, twisting horsey rides when they were mere babes up on top of his shoulders, climbing high in trees, and other such adventures that made my heart leap up into my throat—not to mention that whole scooter-and-bicycle affair!  However, we learned to compromise. The crazy scooter ride still happened, but he agreed that the children would wear their bicycle helmets when doing it. He’s still flipped them upside down in the air, but agreed to do it standing over our king size bed just in case they fell. Meeting in the middle on some issues of danger, health, and nutrition worked for us.

I trust your judgement.

Four simple words that pack a serious punch of encouragement. Tell your husband often, “I trust your judgment.”   That doesn’t mean we don’t carefully and prayerfully give our input. It doesn’t mean we don’t pray like crazy that both we as moms and our men as dads will parent in way that not only raises physically healthy kids, but spiritually healthy ones as well. But our husbands need to have us as their biggest cheerleaders. So, look for ways to praise him, showing your respect and love, as you verbalize your confidence in his parenting prowess.

And above all, remember this: Captain Crunch—for dinner, breakfast, and lunch—never killed anybody. (Just be sure to swing by the grocery store to grab some kale chips. They’ll balance each other out.) 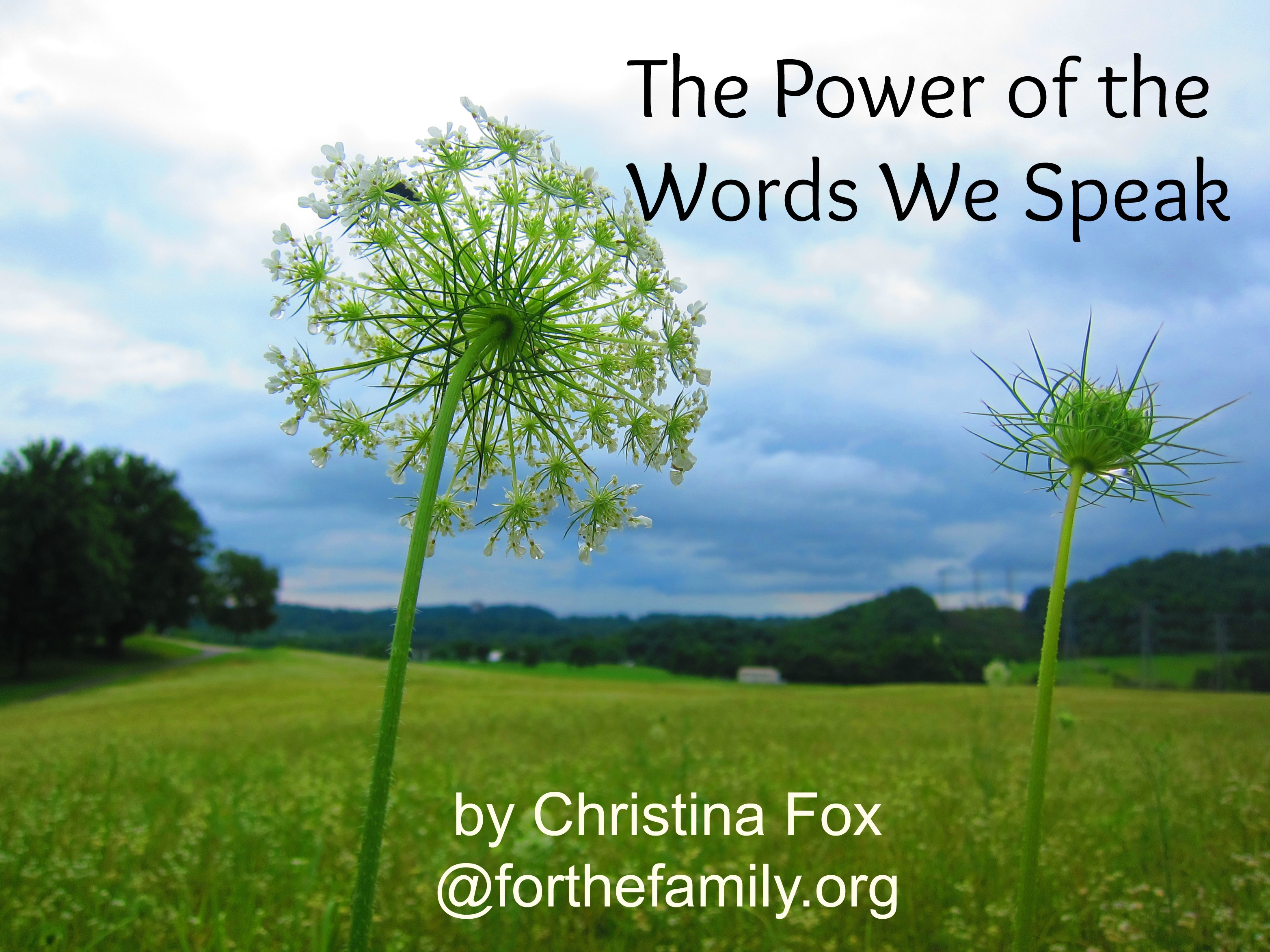 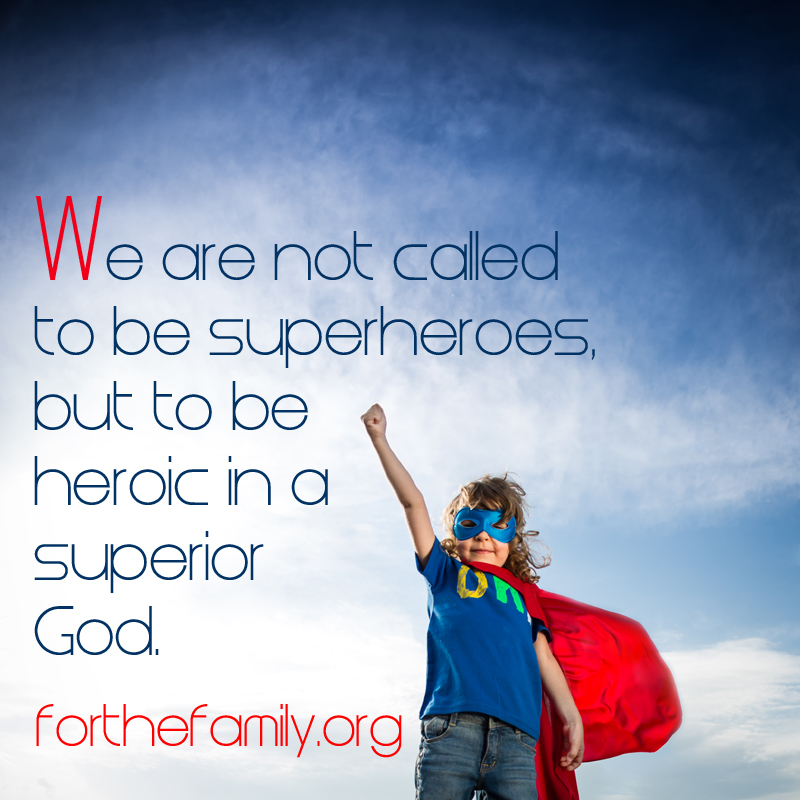 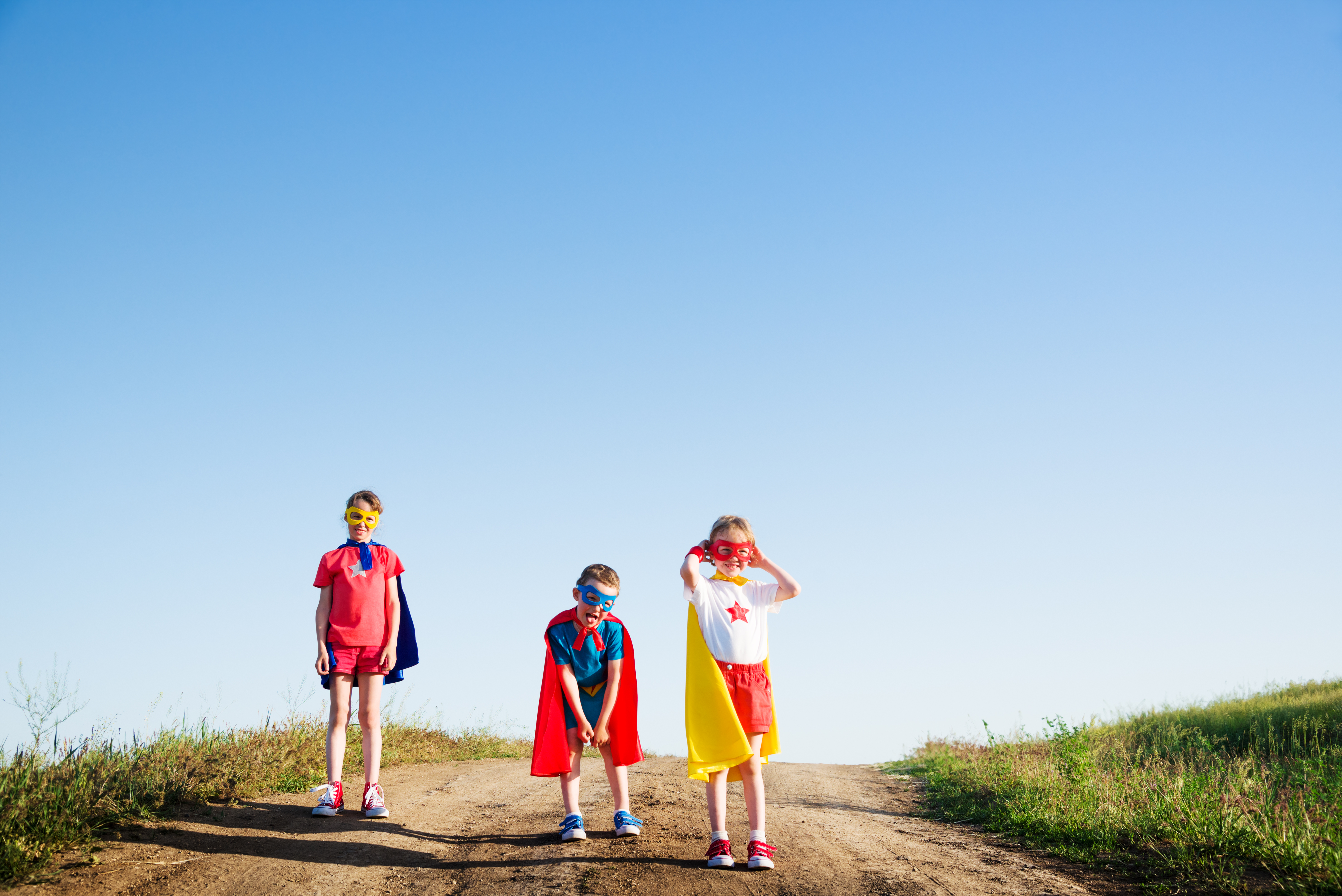 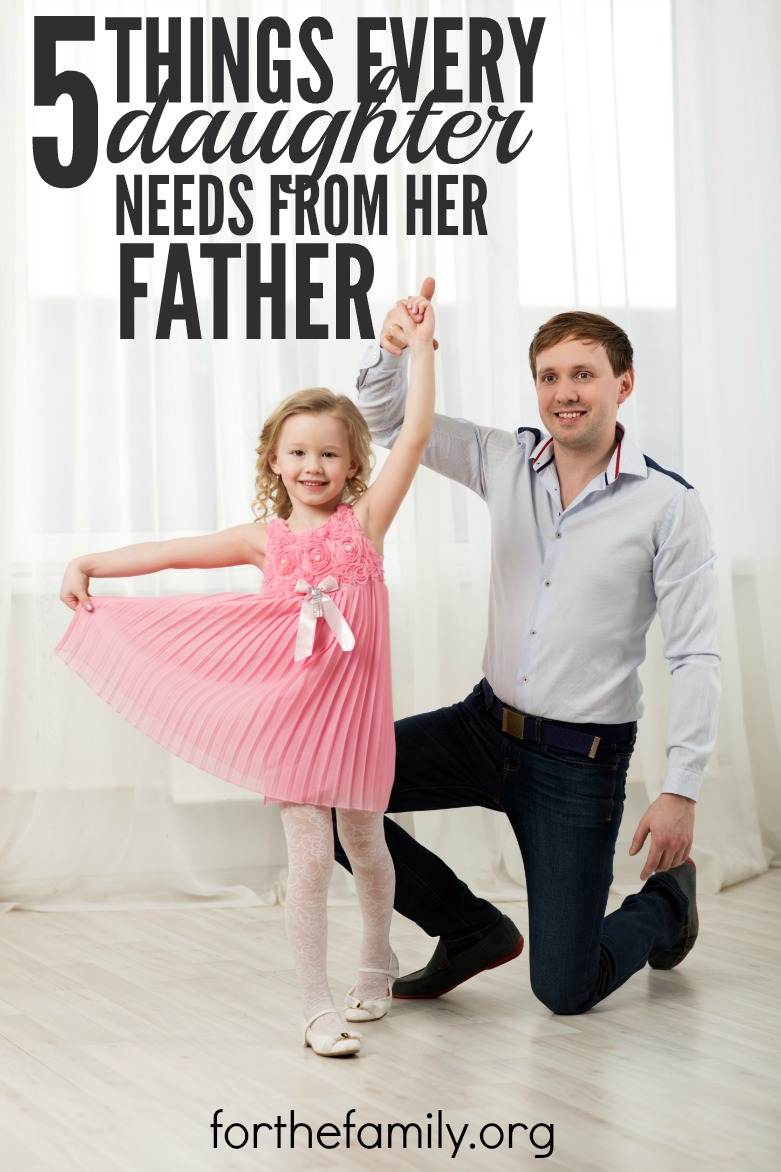 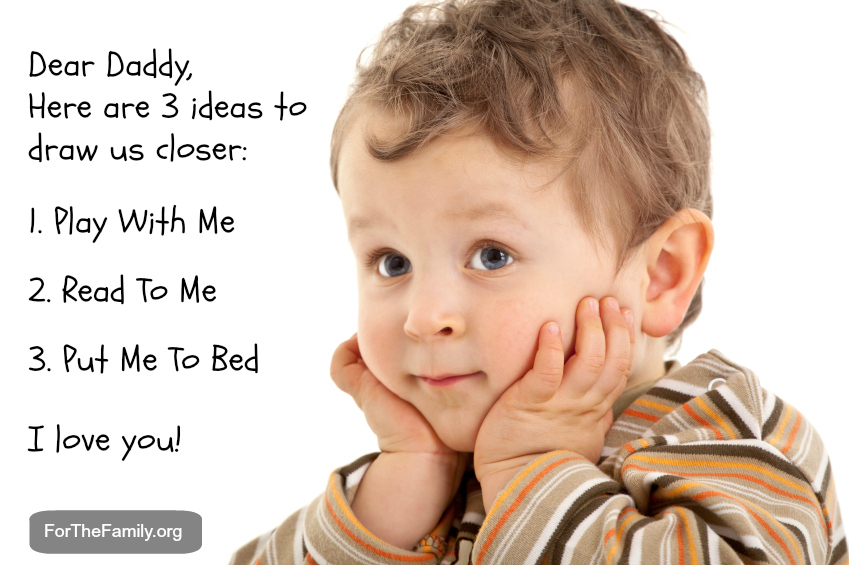 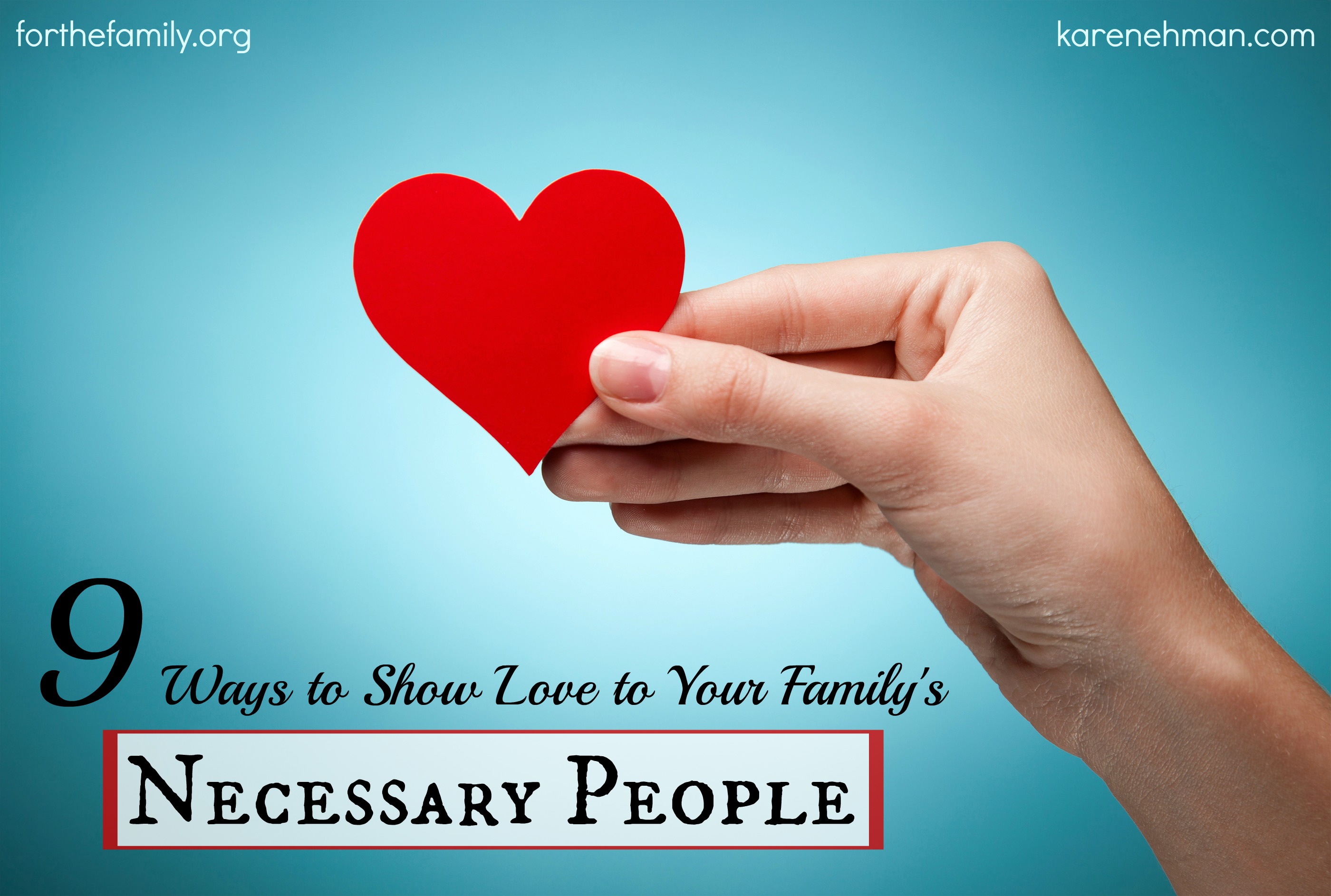