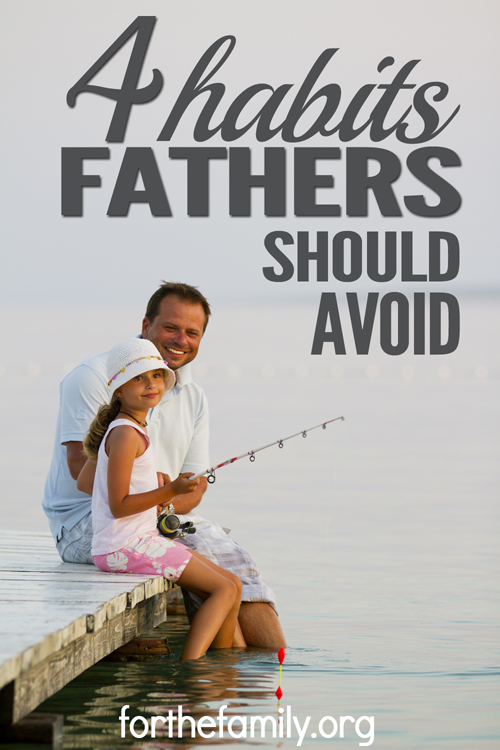 I grew up in Indiana – the state where we play basketball first… and football, well, somewhere down the list.

Regardless of the sport, we’ve all had that coach who was an unfortunate mix between an Army Sergeant and an unpredictable relative you hoped didn’t show up for Thanksgiving dinner.  I was no exception. For me, he was the kind of coach who helped win basketball games, but who also scared the living daylights out of me in the process.

I’ve met a lot of men who try to raise their children like they are trying to win a championship. It’s not surprising then, that the Bible speaks directly to fathers on learning to parent well so our sons and daughters don’t become weary.

Parenting isn’t easy. But neither is being a child. If we’re not careful, the Scriptures warn us, our children can become discouraged or lose heart in the process of growing toward adulthood.

It is worth noting that while children are instructed to obey their “parents” in the preceding verses, it is “fathers” who are given the instruction to be careful of causing their children to become weary or discouraged.  Paul doesn’t say, “Fathers and mothers, do not…” He addresses fathers directly.

Why is this important?

First, I think because it speaks to God’s design and desire for dads to be actively involved in leading their families. In a culture where men feel pressure to “prove” themselves in the gym, on the job, or with their stuff, the Bible calls men to success at home (Deuteronomy 6:6-7).

But secondly, because in general, a lot of men (myself included) can struggle to be the patient, instructive, tender, and thoughtful parent. It seems to me that the mention of “fathers” speaks to the tendency for men to sinfully error in the direction of being too strict or stern.

I am not implying that parents should be overly permissive. Avoiding discouragement in our children does not mean avoiding discipline (Hebrews 12:5-11). However, I am suggesting that there are certain habits we should avoid as we guide, correct, and nurture our children in the direction of Jesus.

It’s old news to say that parenting is hard. But being a child isn’t a walk in the park either. So be careful with your sons and daughters. In Christ, we have a Father who is “compassionate and gracious, slow to anger, abounding in love” (Psalm 103:6). May His love and patience with you continue to transform your own heart as you seek to shape your child’s heart.

« Trusting God in Every Circumstance
The Power of a Crucified Life {should you stay in your marriage or walk away?} »