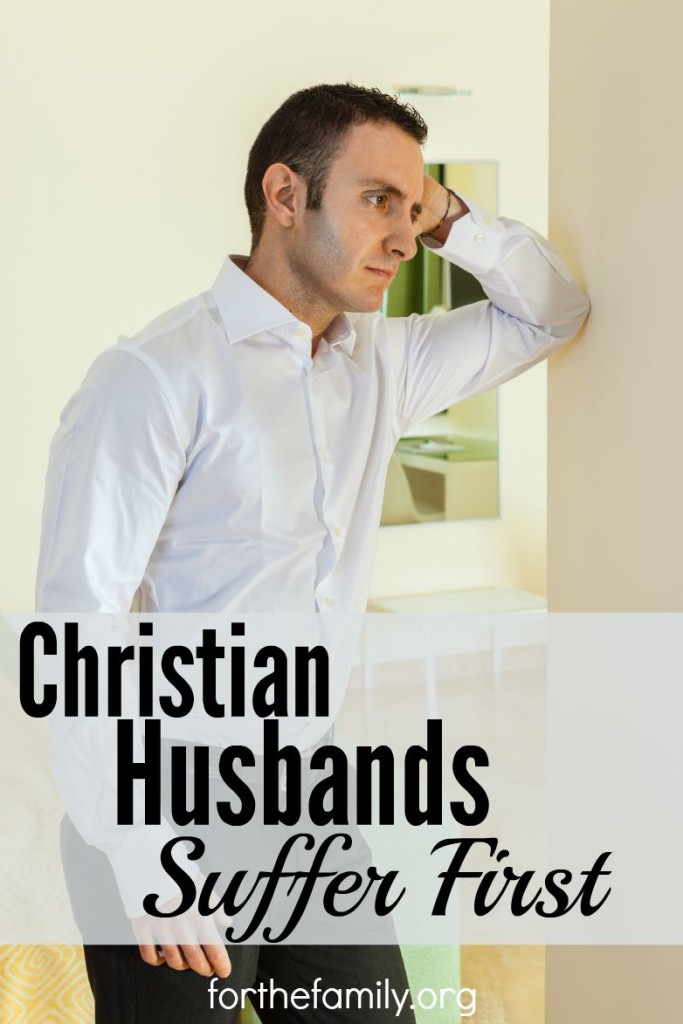 The leader of the wives’ study group looked at Lisa and me, explaining that after reading numerous books on marriage, it always seemed to come down to the wives being the ones to set the relationship right.

As a group, these women had read over half a dozen books on marriage. At best, their husbands had started maybe one or two.

The simple answer to this woman’s sincere, honest and fair question is that we men aren’t acting like Christian husbands. If we would meditate on what love, Jesus style, truly means as it applies to our marriages and families, we’d see how we may not be the great husbands that we think we are.

As part of His love, Jesus wasn’t just the lead initiator, He also became the lead sufferer. He “took the bullet” so we didn’t have to.

This was Paul’s attitude expressed in Colossians, when he made the astonishing statement that the mistreatment he so often suffered was “completing what is lacking in Christ’s afflictions for the sake of his body, that is the church.” (Colossians 1:24) Paul wasn’t suggesting Christ’s suffering was insufficient—not at all. It’s rather that Paul knew the church in Colossae was young and fragile and (in the words of N.T. Wright) “it is as if he, as the leader of the church in that part of the world, is drawing the enemy fire on to himself so that the young church may have a breathing space, a time to grow.” Wright suggests his attitude, as he sat in prison in Ephesus (where Paul wrote the letter to the Colossians), is, “Well, as long as they are concentrating on me, then Christ’s body, the church, can grow until it is strong enough to stand on its own feet.”

This doesn’t diminish our wives—as if they are incapable of any of the above—it’s done in an attitude of service to our wives. I agree that Lisa can do many things much better than I can, but when we let her take the lead it’s a matter of strategy and honoring her superior gifts, and hopefully not because I’m being afraid, lazy, or apathetic.

Men, what does it mean to be a Christian husband? In part, it means we take the first bullet. How about we spend time this week asking ourselves, “What bullet can I take for my wife? What burden is she carrying that I should carry? What action has she been forced to take that I should be taking?”

Let’s do this in an attitude of humility. If we’ve been passive and suddenly come on too strong, our wives might think we’re disappointed in how they’re handling things. We need to be repentant, explain what’s going on, thank them for stepping up when they did, but then offer to carry the burden from now on.

Paul’s words are simple, and powerful, and profound: Look at Christ on the cross, and let’s love our wives like that. Christ was the initiator, and He took the first bullet. May we settle for nothing less.