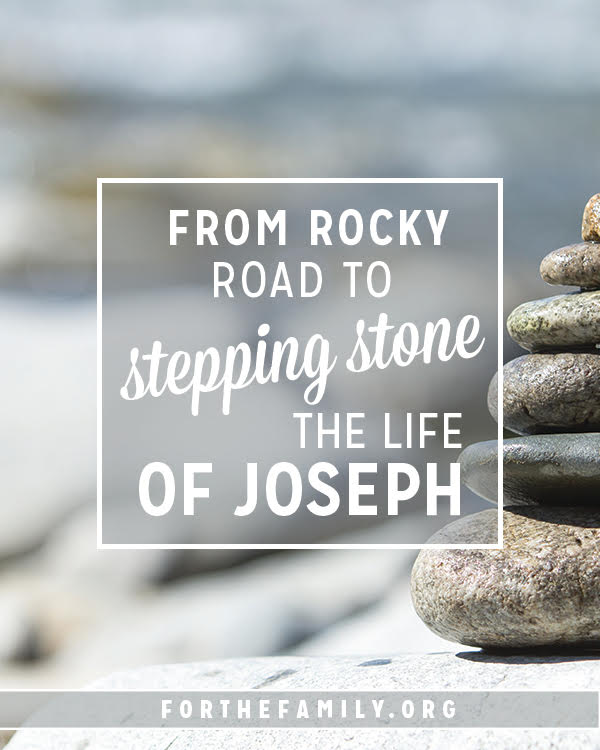 This is a tough question. Ready? When was the last time you were hurt by someone? I don’t mean, Watch it buddy, that was my toe you just ran over with your shopping cart kind of hurt. I’m talking made you mad, want to cry, can’t believe that just happened kind of hurt. By someone you know well. Someone important to you. A family member, a good friend, a loved one. Maybe it was a person from church or Bible study. A colleague at work. A neighbor up the street. A parent from your child’s school.

Maybe it was years ago. Maybe it was this morning. No matter how much time has passed, the sting can linger, can’t it? The pain can settle in. And in the midst of the hurt, it’s tempting to let confusion and anger take root. It’s easy to wallow in sadness. To replay the situation over and over again. To get a little bitter. To ask why. Easy, that is, until we remember Joseph.

Genesis chapter 37 tells us that Joseph was a man who knew a thing or two about being hurt. The second youngest of twelve sons and one of only two children born to Rachel, his father Jacob’s true love, Joseph was favored above his siblings from an early age.  He was loved by Jacob, who was grateful to become a father again in his old age. He was trusted by Jacob who asked his young son to report on his older brothers’ activities. And he was chosen by Jacob as the only child to receive an elaborately embroidered tunic, a rare and expensive gift, his “coat of many colors”(Genesis 37:3).

By the time Joseph shared the dreams he’d been having, indicating his own future supremacy over his brothers, he was despised by them. They became so jealous that they stole his coat, the first step in a rocky road. Then they kidnapped him and threw him into a pit. Another difficult step on Joseph’s painful path. And finally, the brothers sold him to strangers who took him to foreign land. Here in Egypt he was wrongly accused of a horrible crime and falsely thrown into prison. Now that’s a rough walk.

But Joseph did something remarkable with the cruelty that was heaped on him. Instead of protesting, Joseph persevered. Instead of doubting God’s promises, he chose instead to double down on them. Instead of asking, “Why me?” Joseph asked, “Where to?” He kept on walking. He didn’t give up. And he was finally made the most powerful man in Egypt, second only to the king, used by God to feed an entire nation (Genesis 41).

Throughout his life, Joseph held tightly to the fact that God allows pain only to fulfill a greater purpose. The Lord had much bigger plans for Joseph, once he was in the right position. How could Joseph lead the nation of Egypt from a pasture in the west of Canaan? How could he possibly been able to save the children of Israel from famine if he’d stayed in a field herding flocks?

Joseph had a nice life herding those flocks, being the favorite child and wearing that fancy coat. I’d be willing to bet, if given the choice, he would have politely declined the invitation to leave his family, move to a strange place, be mistreated by strangers, and wait in a jail cell for years.

Instead, step by step, he trusted God. It must have felt terrible at times, being treated so poorly. Each step, from pit to palace, must have been difficult to understand. But Joseph chose to believe that God can use anything, even evil intentions and the jealous actions of others, to fulfill a bigger purpose. When he finally confronts his brothers with the truth of his identity, Joseph’s tears show the pain they had caused him. But his words display a faithful heart. You intended to harm me, but God intended it for good to accomplish what is now being done. (Genesis 50:20, NIV)

What hurts are you facing? What rocks are in your path? When we decide to see each one not as a stumbling block, but as a divine stepping stone, our destination, like Joseph’s, becomes a powerful part of God’s greater plan.