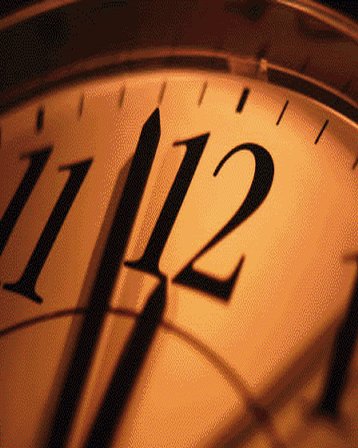 Recently my four year old woke me up because there was an alligator in his bed.  You know I tried to convince him there was no such thing.  I walked him back to his room and turned on the light. Led him to his lower bunk bed and, with a wave of my hand, illustrated that there was absolutely nothing for him to be afraid of.

So, I did what any good mommy would do and offered to join him in his bed with the intention of staying there until he fell asleep. Three or four times he seemed to have drifted off.  Three or four times, I tried to gently scoot myself out of the bed.

Three or four times, he immediately tightened his little hands around my arms and wouldn’t let me go.

After the third or fourth time, the four year old ended up back in my bed with me.

All of his wild arms, legs, and little toes did too.  My sore back in the morning was proof.

It wasn’t so long ago that I had another midnight escapade.  The kind that lasts for about 30 to 60 minutes a piece and involves feeding a hungry baby and changing a wet diaper.  I remember thinking that it was sheer madness that three or four times a night I had to wake up and feed a child no bigger than my forearm.

But I did it.  I did it begrudgingly at times. At other times, I did it in pure wonder at the little person who needed me so badly and held tightly on to my fingers with three or four of his own.

The truth is that those midnight hours for many mommies are moments of madness.  Times where we want to pull our hair out.  Times where we curse the day we ever thought motherhood would be a ride of pure unadulterated constant joy.

Then there are other times that we gaze in wonder at the little faces that look to us for comfort, reassurance, and sustenance. And we wonder what life was like before those sweet little cheeks stole our affections.

Three or four times now in the course of raising children I have fought off the sense of a rising madness in my home.

Babies crying in the middle of the night. Two year olds passing out on the floor in a wailing pile. Teenagers looking at me with that glaring stare because what I’m saying is going in one ear and out the other. Twenty-somethings making decisions and having to learn the hard way when I wish I could make every decision for them and save them from unnecessary pain or heartache.

But there have also been way more than three or four times now that I have enjoyed the sense of sheer marvel.  Babies that smile at me with pure innocence, trust, and love while they nurse. Two year olds that say, “I love you Mommy” as they hug my neck tightly, scared to death of the closet monster. Teenagers that want to stay up late and watch movies with their mom. Twenty-somethings that I now know are my friends because they stay on the phone with me well past midnight talking… just to talk.

Every midnight hour, while maddening at times, holds marvel as well. Perspective.  It’s all about perspective.

So let me encourage you, regardless of where you are in your parenting journey, you will survive the madness.

But let me also encourage you to cherish the marvel of it all.

Evening in the midnight hours.

« Are You Called to Excellence or Faithfulness?
3 Reasons Dad is the Perfect Guy to Lead Family Devotions & How to get Started »