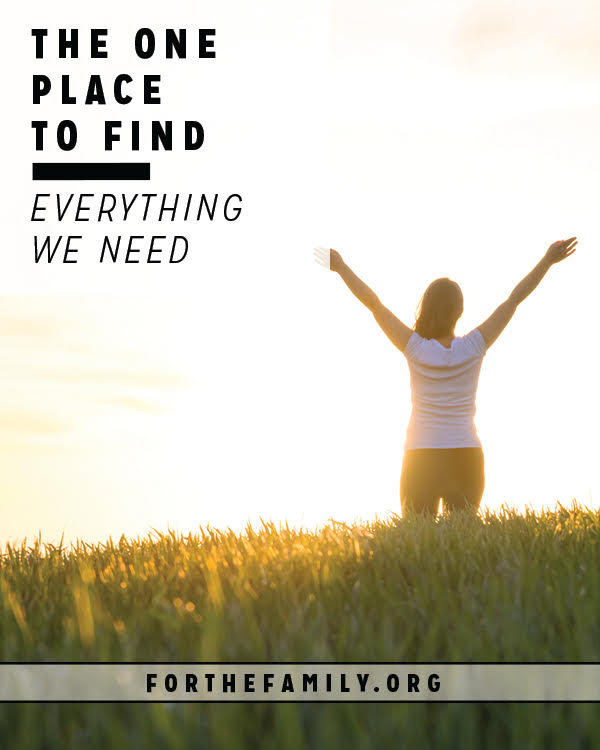 A recent morning found my youngest boys and me giggling in the hallway not long after sunrise, as we did our best to tiptoe past the sleeping dog, sisters, and daddy, determined to beat the stifling heat we knew would settle over our Tennessee hills later in the day. They grabbed fishing poles and I a large bowl, and we successfully made it out the door and headed toward what’s become our favorite summer spot: a blueberry patch not far from home. Sometimes, we have to get up early to find what we’re looking for.

As we drove, they talked excitedly of the fish they’d surely catch this time, and told me all about their plans for using different bait and tactics. While I’ve tried to cajole them into joining me in the fruit-laden trees, once was enough, and now they find the lure of the nearby pond a greater one. And so when we parked, they raced gleefully right as I headed left and uphill toward the bushes alone, with just my Spotify worship playlist for immediate company.

Walking into the orchard and choosing a bush to begin with, I had to smile once again at the abundance of berries available in this well-known place. I wondered that there could be so much there, knowing many had been told of this place which would supply our pancakes and muffins for so many days to come. This verse came to mind …

2 Peter 1:3 ” … His divine power has granted to us everything pertaining to life and godliness …”

Feeling “not enough” is such a common emotion, isn’t it? And yet this verse says God has given us everything we need. Everything!

The berries made a satisfying “plunk, plunk” as they fell into the bowl.

Turning back to the bush, I looked up and noticed how many were just beyond my reach. It was necessary to grasp the branch and pull it toward me in order to reach the dark blue sweetness that was a foot or two over my head! Sometimes, we have to look up to find what we’re seeking.

I dropped the bounty from the high branches into the bowl. When I looked down to see how my stash was progressing, I was surprised to see blue peeking at me from several branches quite below my knees! Sometimes, you won’t find what you need until you bend low.

A yell from the pond sent me running with the camera, as I tried to catch a shot of the fat bass my son triumphantly reeled in–not quite quickly enough, as he jumped out of his arms and back into the deep before we got the angle just right! Interruptions will happen, and we can answer them and then get back to our seeking.

I returned to my bowl and stepped another foot or two to the right, only to find that there were berries on the branch I’d been focusing on, which I hadn’t seen from the other side. Sometimes a new perspective brings to light something you hadn’t seen before.

While there were plenty of berries ripened to a perfect blue, there were plenty more which weren’t quite there, still in their pre-ripe robes of pale green, pinky purple, and red. We’d have to return to the same place next week to gather those. Sometimes a little time makes all the difference, and a scripture I’m not ready for now will speak to my heart at a later date.

A few handfuls of berries were too tempting to make it to the bowl, and were popped into my mouth, instead! I could stand in the orchard and gather sweetness for myself, but I had come to gather goodness for my whole family. If I’m “gathering food for my household,” it will take a while longer. I’ll need to work a little harder. And I’ll have to prepare something for them with what I’ve found; gathering is good work but the work isn’t complete until I’ve passed it on.

The heat comes quickly with the sun, and an hour was about all any of us could take. As I tucked my bowl of blue into the back seat between two grinning boys, I was grateful once again for the person who’d let me know about this spot. Without being told, I would have had no idea there was such abundance available to me … free … just ripe for the picking.

Who can you tell this week about the abundance available to them?

“And God is able to make all grace abound to you, so that always having all sufficiency in everything, you may have an abundance for every good deed” 2 Cor. 9:8