I have two brothers.  One older.  One younger. Growing up was never dull in our home. One bathroom, one go-cart, one Atari, and three boys often meant that someone was hoarding, someone was complaining, and someone was waiting in line.

I remember the time my older brother and I painted our neighbor’s fence, without their permission. I also recall when we stripped down to our skivvies and water-skied past a boat full of fisherman.  That was pretty funny until they chased after us in their much faster boat! We did some pretty immature – and awesome – things growing up.

We had a lot of fun together, but like all siblings, my brothers and I didn’t agree on everything.  And a lot of times we found ourselves in some heated arguments, usually about really insignificant things like who got to hold the remote or whose turn it was to mow the lawn or who was going to ride shotgun.  There were times when the arguments got really intense, and we would get so mad at each other we couldn’t stand it.

Today my brothers are two of my closest friends. And, the time I spent with Kent and Jeremy growing up made for memories that’ll last a lifetime.  The ups and downs of sibling relationships are a part of every family.  And, rivalries among siblings are a normal part of growing up. But there’s a right and a wrong way to handle them. 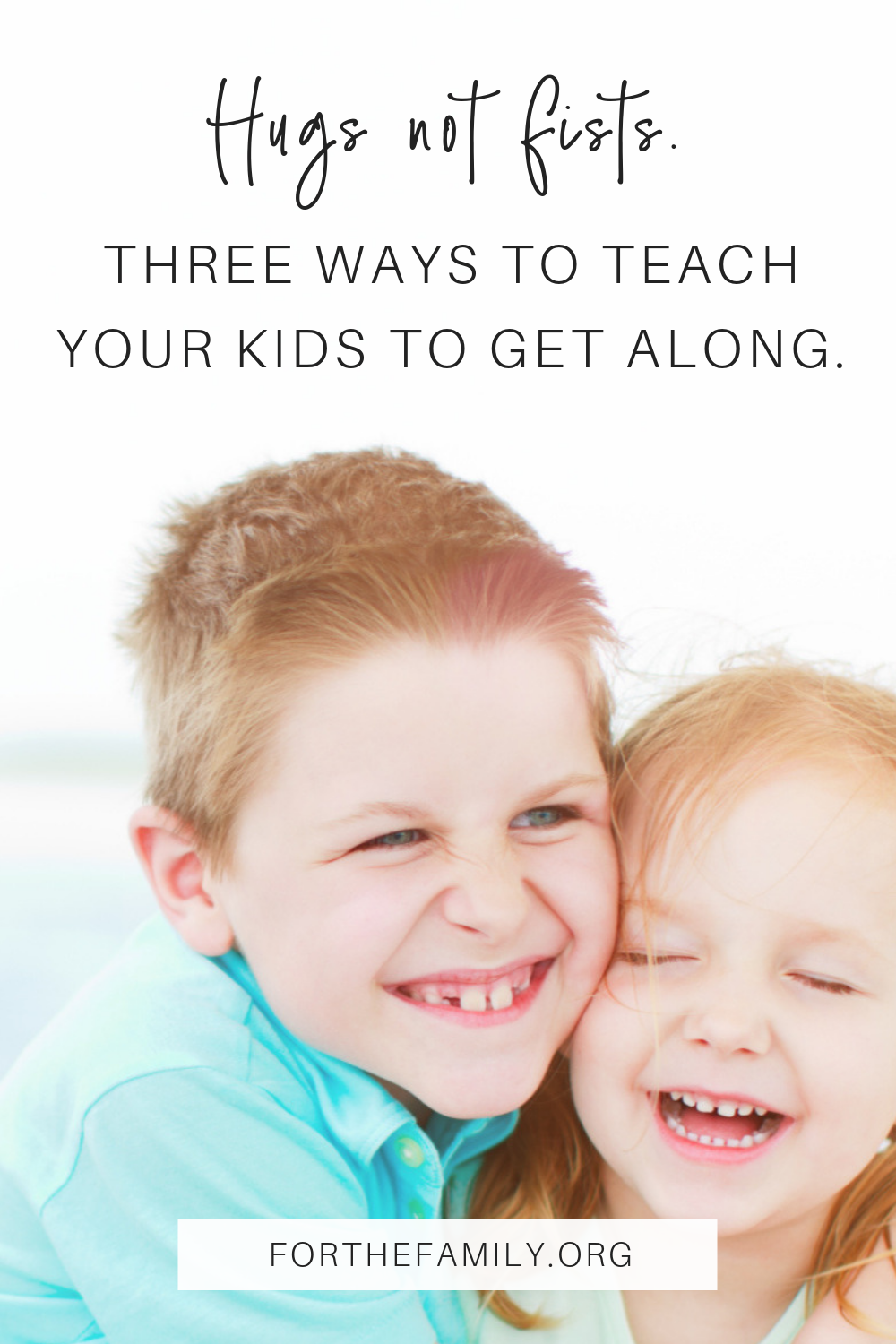 Abel was a herdsman and Cain a farmer. Time passed. Cain brought an offering to God from the produce of his farm. Abel also brought an offering, but from the firstborn animals of his herd, choice cuts of meat. God liked Abel and his offering, but Cain and his offering didn’t get his approval. Cain lost his temper and went into a sulk.  God spoke to Cain: “Why this tantrum? Why the sulking? If you do well, won’t you be accepted? And if you don’t do well, sin is lying in wait for you, ready to pounce; it’s out to get you, you’ve got to master it.”  Cain had words with his brother. They were out in the field; Cain came at Abel his brother and killed him.  God said to Cain, “Where is Abel your brother?”  He said, “How should I know? Am I his babysitter?”  God said, “What have you done! The voice of your brother’s blood is calling to me from the ground. From now on you’ll get nothing but curses from this ground…You’ll be a homeless wanderer on Earth.

Cain made a terrible choice that cost him his brother, his family, and his future.  As parents, it’s important that we work to teach our children how to handle sibling conflicts no matter the situation, no matter who’s right, and no matter how wronged you may feel.

Here are a few principles Amy (my wife) and I are striving to teach our two daughters, Bailey and Brynnan:

The story of Cain and Abel is the first story of many about two siblings caught up in competition.  Cain realized that Abel had one-upped him before God.  Instead of celebrating his younger brother’s decision to honor God and commending him on a job well done, Cain allowed jealousy and pride to overtake him.  The end result was devastating.

A few years ago, our oldest daughter, Bailey, received an award in school. Brynnan did not. We could have congratulated Bailey when Brynnan wasn’t in the room. Instead, at dinner that night, we celebrated Bailey’s accomplishments. It is important for our daughters to realize that they don’t always receive an award for their hard work. Award or not, we celebrate each family member’s successes. Sibling love always trumps pride. Sadly, Cain never got this right.

Abel was the younger of the two brothers. There are times when a younger sibling may appear to be always in the way. I am sure there were times when my older brother Kent probably thought the same of Jeremy and me. Growing up, I wanted to spend time with Kent because I admired him. When our younger brother Jeremy was born, I wanted to be an older brother that he looked up to like Kent was to me. Cain blew it when it came to leading his younger brother. Every older sibling can learn from Cain’s mistakes and strive to lead a younger sibling in the way that is right.

Amy has always required the girls to hug one another after an argument. It’s amazing how a hug can defuse a heated situation fast. Of course, just because you hug, doesn’t mean it’s automatically all-good. Family conflicts will never completely disappear, and a sibling won’t always agree with a brother’s or sister’s actions. But, at the end of the day, I want our daughters to remember: we are still family. I remind them often that there will be times when you disagree with one another; maybe even times when you are fighting mad at one another. There’s no one on this planet exactly like you, so there’s no one you’re going to agree with 100 percent of the time.  But remember, God has given you this family.  It’s the only one you’ve got. So, work hard to have one another’s backs rather than turning your back on one another. Genesis 4 might have ended completely differently for Able had Cain just hugged it out, right?

Sibling rivalries and challenges have been around since, well, Cain and Abel. Cain responded with a fist, and it cost him a brother and gained him a life of misery. Proverbs 10:12 (NIV) says, “Hatred stirs up dissension, but love covers over all wrongs.” Love truly can overcome any conflict.  Strive to teach your kids to be a peacemaker in your house. After all, it’s impossible to throw a punch when you’re giving a hug!

« Simple Ways to Train Up a Child
Is That a Grey Hair On MY head?! »