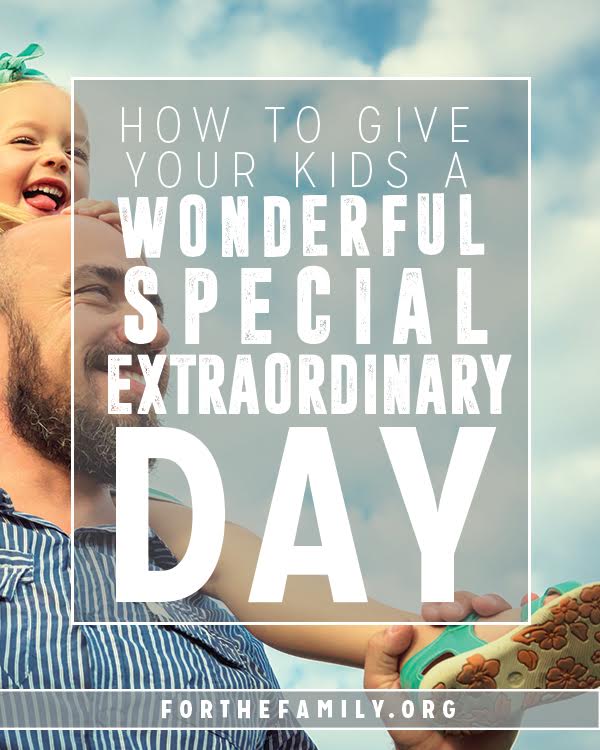 I have a problem with over-scheduling my children. I mean well, I really do. I want them to enjoy free play and explore their creativity. But they get their creative minds from me. And I always have something brewing.

“Girls, there’s a concert at the library this afternoon. We can go after lunch!” I announced this brilliant plan early one Saturday morning, shortly after a friend dropped off her own two daughters to spend the day with us. Four girls, eight hours, immeasurable bundles of energy—surely it was my job to manage all this. And I was determined to do it well.

“Okay,” they called back from the play room where they were already immersed in an action-packed game of doll hospital.

A few hours later, the girls were still playing—everything from restaurant to house to veterinary clinic. Their sweet imaginations were spilling out over every inch of our play room, and they were all so very happy.

Happy enough, in fact, that they decided they didn’t want to interrupt their play time to go to the library concert.

Whaaat? No concert?! But I was the mom in charge! It was my job to provide enrichment! Instantly I became gripped with guilt over the idea of letting an entire day slip by without orchestrating some fantastic agenda for my girls and their friends. What would their mother think? She had entrusted her children to my care! I had to make it SPECIAL!

“But it’s Tom Pease!” I tried reasoning with them. “You love Tom Pease! He has the belly button song, remember?”

“Yeah . . .” my older daughter explained, “but I’m the mom and Lexi is the baby and Olivia is the teenager and we still have to go grocery shopping before we play school. We’re pretending we have school tomorrow, which is after lunch.”

Did you catch all that?

Kids and their boundless imaginations.

As if playing school was more fun than an educational and entertaining library concert. Hmmph.

As I listened to their giggles, their “how about” and “let’s say” ideas, and I watched them arrange plastic fruit in a Fisher Price shopping cart, it occurred to me.

It was enriching, entertaining, stimulating and special.

These girls were exercising the imaginations God gave them. They were practicing how to socialize and get along with one another. They were learning to create a fun environment on their own without me sticking my nose in it or feeding them more sensory input.

And I realized, at that moment, the value of letting go.

Letting go of my agenda, my ideas, my preconceived notions of what a “good” mom day looks like. I thought I had to plan and provide in order to create special memories. But the girls were creating them just fine on their own, thank you. All they needed was for me to see that—and allow it.

Are you stuck in thinking you need to break out of the ordinary? To transcend the unglamorous moments of motherhood by making them something bigger and better?

There’s a time for that, sure. Yet sometimes transcending the ordinary means accepting the ordinary just as it is—and seeing it for what it is: beautiful, God-granted, valuable, and therefore glorious.

Being a good mom doesn’t necessarily mean doing more. Sometimes it means embracing our children’s wishes for doing less. And then opening our eyes to see the Lord working in the so-called ordinary moments.

By late afternoon, those girls had dreamed up every possible variation of make-believe known to childhood. And when my friend returned to pick up her daughters, all four girls begged for more time. In their eyes, it had been a pretty spectacular day.

And I have to admit. They were right.

« 3 Lessons On Evangelism Learned From Chick fil-A
When You Need a Refuge: A Playlist »