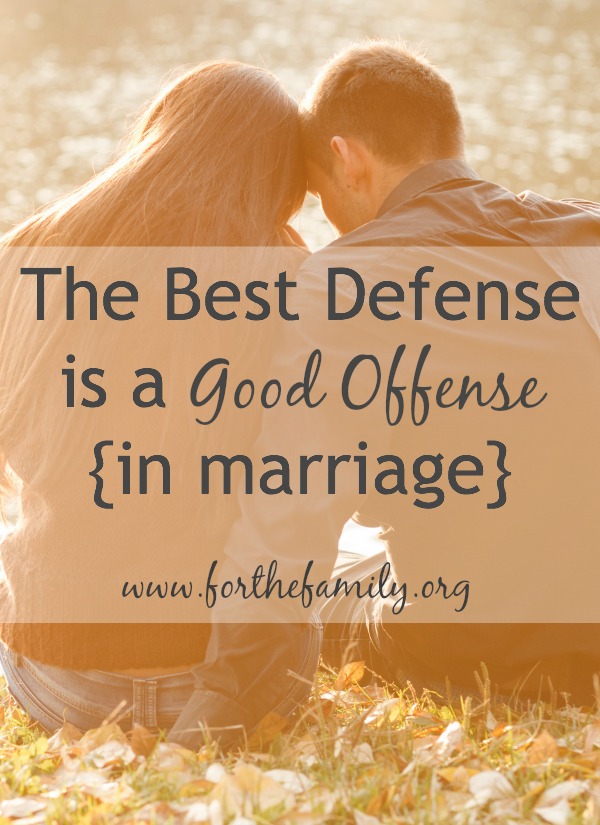 Football season is in full effect and even if you’re not a fan (Go Buckeyes!), you’re probably at least related to someone who spends way too much time on the couch watching “some” game. And, despite their time on the couch, these folks may still only know very little about “this game,” while yelling at their 80” HDTV as “their” team loses another game. I’m sure glad I don’t know anyone like that…

For those of you “non-football” fans out there, I grew up as a fan of the Cleveland Browns. They came really, really, really close to some amazing success in the late 1980’s but failed to do what it took in the end to win the critical games that would lead to a Super Bowl. Thankfully, last week I finally recovered from those dreaded moments some twenty-seven years ago.

One of the things that used to be so frustrating as a fan, was that the Browns would notoriously go into “prevent” mode when they felt they were going to win. That means they essentially put it on cruise control and hoped that the opposing team/force would simply oblige and kindly give them the victory. Well… at least in their case, it didn’t work out too well!

I’m pretty sure many of us do that in our marriages. I for one know that when the “pursuit” began, many years ago, of dating my (now) wife, it involved me planning, praying, writing notes, burning cd’s (legally), sending flowers, hand-delivering Mountain Dew so she could study for a final (4 hour round-trip drive), and things like that… It’s amazing that fourteen years into a marriage I can feel like I deserve a trophy when I clean the dinner table extra clean.

What’s the point? We hear a lot, read a lot, and get scared like crazy about all the “stats” about marriages falling apart everyday. “That couple” whom you would never assume has problems… Yup, they’ve got problems. I’m going to take a wild guess that we ALL have problems and challenges in our marriage. Some big, some small… Our problem is that in the game of life, but especially in the “playoffs” of marriage, the stakes are high and we all face a force that would love to see our marriages collapse and fall apart. Maybe you’re there right now.

This is part one of a three part “post,” but to be really clear, the only message for today is this: THE BEST DEFENSE IS A GOOD OFFENSE. If your plan is to sit on a couch and “worry away” the challenges of marriage – that’s prevent mode. If your plan is to “coast” because you already have five, ten, twenty, even thirty years in – that’s prevent mode.

In my next two posts in this “mini-series” I’m going to talk specific X’s and O’s (that’s football lingo) about how to have a great offense. But for now – sit down with your spouse, look them in the eye, confess and cry like crazy if you need to. Celebrate and smile if the two of you are scoring touchdowns. But no matter what, look each other in the eye and remind one another that The Best Defense is a Good Offense.

Jesus tells us this amazing idea in Matthew 11:12 about the kingdom of God here on earth: “And from the time John the Baptist began preaching until now, the Kingdom of Heaven has been forcefully advancing, and violent people are attacking it.”

So… if you’re coasting, if you’re drifting, if you’re in prevent mode in your marriage… and IF you follow the One who is leading a “forceful advance” in this world, grab ahold of your spouse and begin the advance together! There is no better investment of your time or money or energy right now than investing into a strong and advancing offense in your marriage. We’ll get to the X’s and O’s, but it begins with a commitment. It begins with a resolve.

Ryan Snow moved to Toledo 10 years ago to plant a church after serving on staff at Vineyard Church in Columbus. He has been married to Libby for nearly 16 years and married out of his league. Ryan has four awesome kids Ellie, Emma, Griffin & Grady. His passions are Jesus, leadership, running marathons, reading, and eating.

« One Sure Way to Melt a Wife’s Heart
Being a Good Follower: 9 Skills to Teach Our Kids »