It was a Tuesday afternoon, I sat in the shade at the skate park watching my youngest son learn beginner tricks on his skateboard while my older two boys played a game of 1-v-1 on the adjacent basketball court.

As you can imagine, sitting at the skate park was not on my day’s agenda.

However, having a couple solid hours of work time, even if it was on my laptop in a camp chair parked in the shade, won out to what seemed like an endless flow of distractions from my boys at home. Here they would be entertained, and I would be productive.

What I wasn’t expecting from our afternoon at the park was the lasting impression one young man made on me.

I love those moments where compassion and humanity collide in the smallest, yet most profound way that its almost like kindness has thrown a surprise party in your honor.

Had you told me the skate park would hold several of those moments, I would have given you a doubting glance that says, “I’ll have to see that for myself.”

But I have seen it for myself.

The first time was a few months ago when I took the boys to the park. My middle child, Dylan, had just gotten a Chicago Bulls basketball for his birthday. He raced to the courts as soon as we got to the park, while my other two boys headed for the skate park.

Dylan, running onto the court, made a lay-up, and while what goes up usually comes down… the basketball did not. It had gotten stuck in the hoop’s new netting.

Too short to bat the ball down, he called to his older brother, Connor, for assistance. He wanted to use Connor’s basketball to hit his ball out, but there was no way was he going to leave that beautiful new basketball unchaperoned in the net.

With just a nod to his brother, Connor willingly headed for the van to get his ball.

In the meantime, a young high school-aged boy saw Dylan jumping with hopes of retrieving the ball. The boy, who was with a group of about 8 other friends of the same age, without saying a word, left his buddies, ran over to Dylan’s aid, and with a running jump knocked the ball out of the net.

You could see as the boy jogged back to join his friends that it had done his heart good to help Dylan. Our thank yous were just icing on the cake.

It was the kind of gesture that defined his character. That told you what kind of heart this kid had. That showed his courageousness to do good even when it wasn’t the popular thing to do.

So now, fast forward to this Tuesday at the skate park…

Our boys had the run of the park. No one was skating. No one was on the basketball courts.

It was that blessed moment of calm in between bursts of craziness and chaos that I was basking in while watching my boys and working.

Then a young man arrived at the skate park.

He had driven to the park, but rather than anxiously hopping on his skateboard and riding it up to and through the fenced in boundaries of the garden of half-pipe ramps, he calmly carried his board up the sidewalk. We exchanged hellos and he went to the far side of the park.

Now I have to admit that watching the skaters do their tricks, work on their jumps, and show off their stunts is just freaking cool. So of course, I still get a bit distracted looking up from my laptop to watch my youngest doing jumps with his stunt scooter and see the action on wheels.

The young man mostly stayed on the far side of the park practicing his skill on the large half-pipe ramp. However, it caught my eye as he rapidly rode his board around the park and bent down to pick something up.

First, I was impressed that he didn’t face plant. But I was also intrigued to see that what he had picked up was a water bottle that was nowhere in the vicinity of his items.

I continued watching as he continued this “trick” several more times and each time stood back up with an item that littered the concrete.

As he came to the throw the items away, I told him how nice it was that he was cleaning up other people’s trash.

Moments later he returned with another handful of trash.

I once again complimented his actions of cleaning up the park and how he probably just saved someone from wiping out.

He smiled. “Yah, I’ve wiped out on a piece of trash that had been left in the park and landed on my face. I came and cleaned up the skate park last night, and now look at all the stuff that is here already today. I even found a razor blade over by the half-pipe.”

Both baffled and awed at his kind heart and servanthood, we continued our conversation for a few minutes during which time I found out this young man was 20-years old.

People!!! He’s 20-years old and had such a kind soul and a gentle spirit. Something I’ve never had in my 42-years of living!

His humble, no-thanks-necessary actions could have saved some from a world of pain. (My family has first handedly experienced the pain of a broken arm from the skate park.)

And him picking up the razor blade could have saved someone’s life.

So why am I telling you this?

Because so many times we think of serving others as something grand. As something big that takes time or effort, or as a cause that we half-heartedly through money at. But truly, it is the small things that make the biggest and most profound difference. Just the tiniest gesture of kindness can radiate God’s goodness and love the brightest.

Simple acts of servitude aren’t hard. They may sometimes require intentionality, but they aren’t hard.

They aren’t even hard for kids to learn.

So what if we as parents modeled servanthood so well to our kids that it just became natural to them?

What if we did something as simple as smile at everyone we walk by?

What if we sincerely thanked the cashier who is working on a holiday and missing time with their family so that we can run in and get all our last-minute items?

What if we told the elderly woman in front of us in the checkout line that she looks nice or that you like her shirt? FYI… You don’t have to be into elderly clothing fashions to tell someone with a completely different style than yours that she looks good in coral or that her hair is lovely. The smile it will bring to her face is nothing shy of a hug.

Friends, I challenge you to be THAT person.

Be that person with the servant’s heart who quietly does the behind-the-scenes stuff with little to no recognition.

Be that person that truly loves others so deeply that even though you don’t know them, you desire to bring joy into their day.

Be that person that a woman who takes her kids to the skate park writes a story about.

Moms, want to break free from feeling overwhelmed? Want to stop living in survival mode and start living out your God-given passions adventurously? Visit MsAlishaCarlson.com to learn how to kick overwhelm, anxiety, and anger to the curb! Also, check out Alisha’s podcast, Real Mom Talk, a show that brings a little sanity, help, and humor to the insanity we feel as a mom!

Alisha, her three energetic boys, hubby, and two adorable cats live in the suburbs of Chicago. When she’s not writing, enjoying an afternoon with friends or redecorating their home, you’ll find her daydreaming about Maui or on an “adventure” with her family.

Alisha’s focus is helping moms break free from overwhelm and create space to live the life they've always wanted. You can connect with her, laugh with her, dig into hard truths together, be encouraged by God’s word, and rock this motherhood thing together at MsAlishaCarlson.com! Also make sure to check out her podcast, Real Mom Talk, and follow her on IG @MsAlishaCarlson. 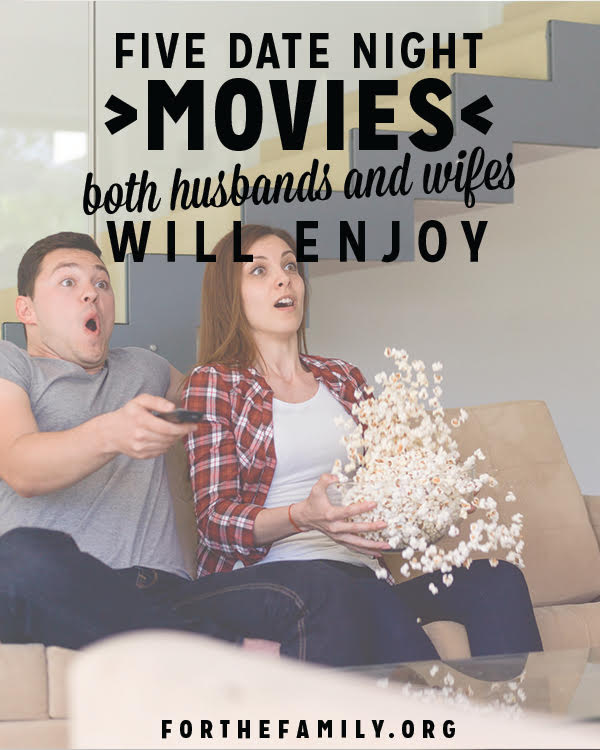 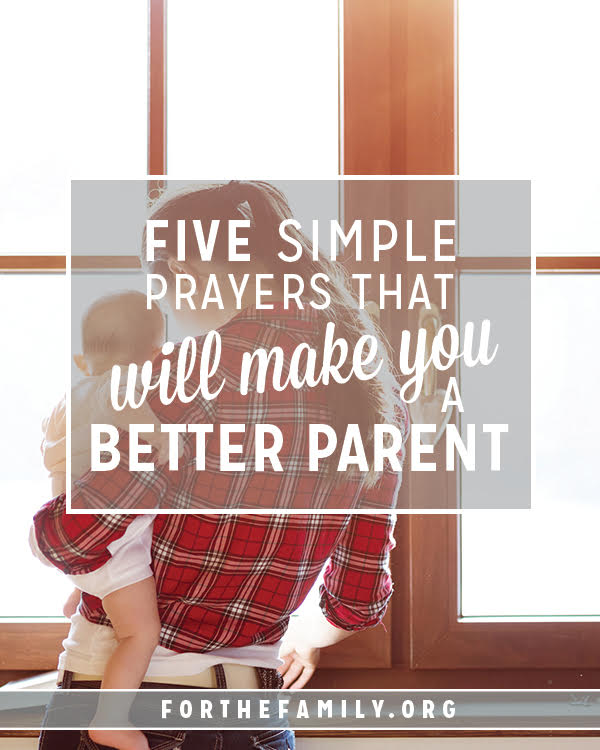 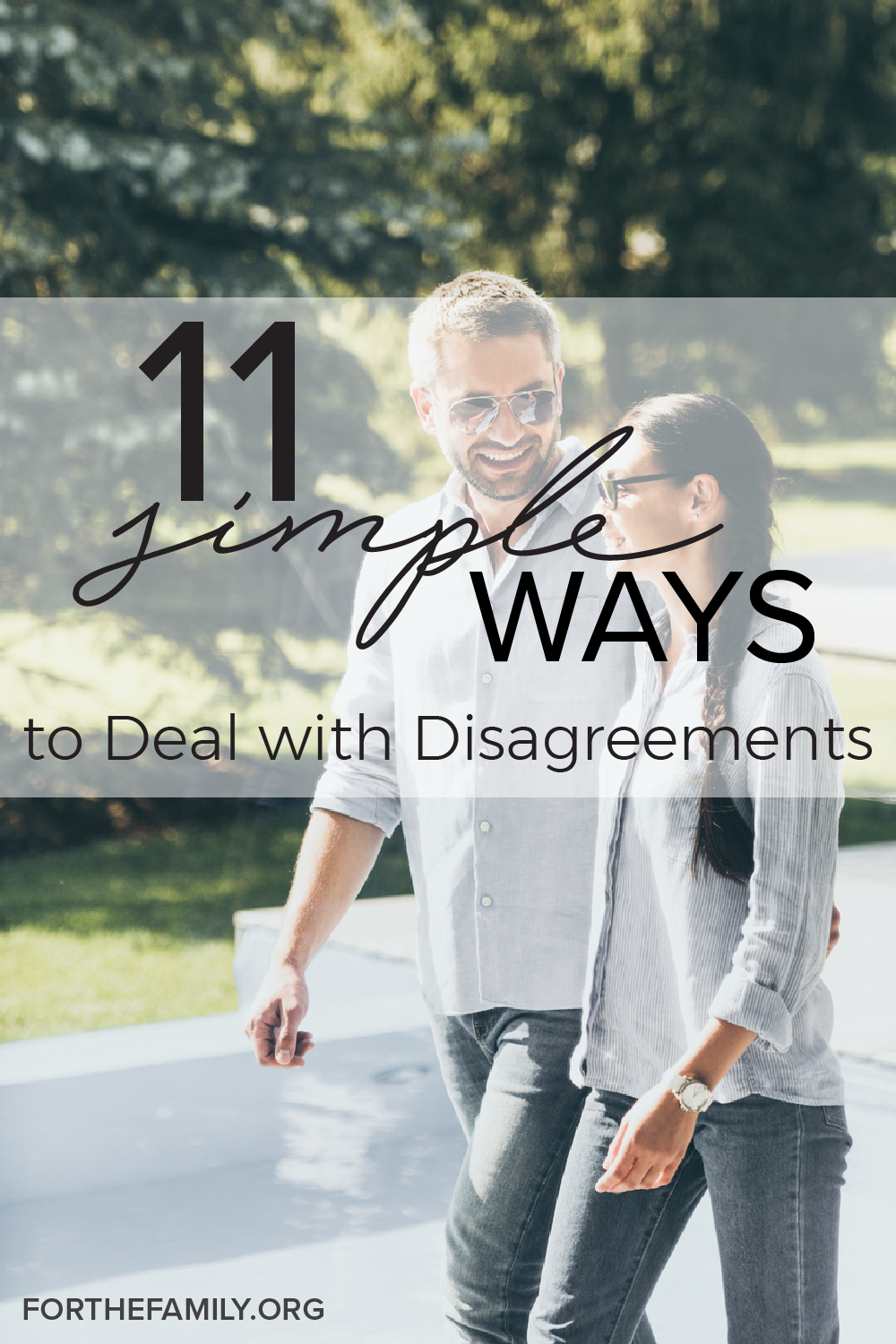 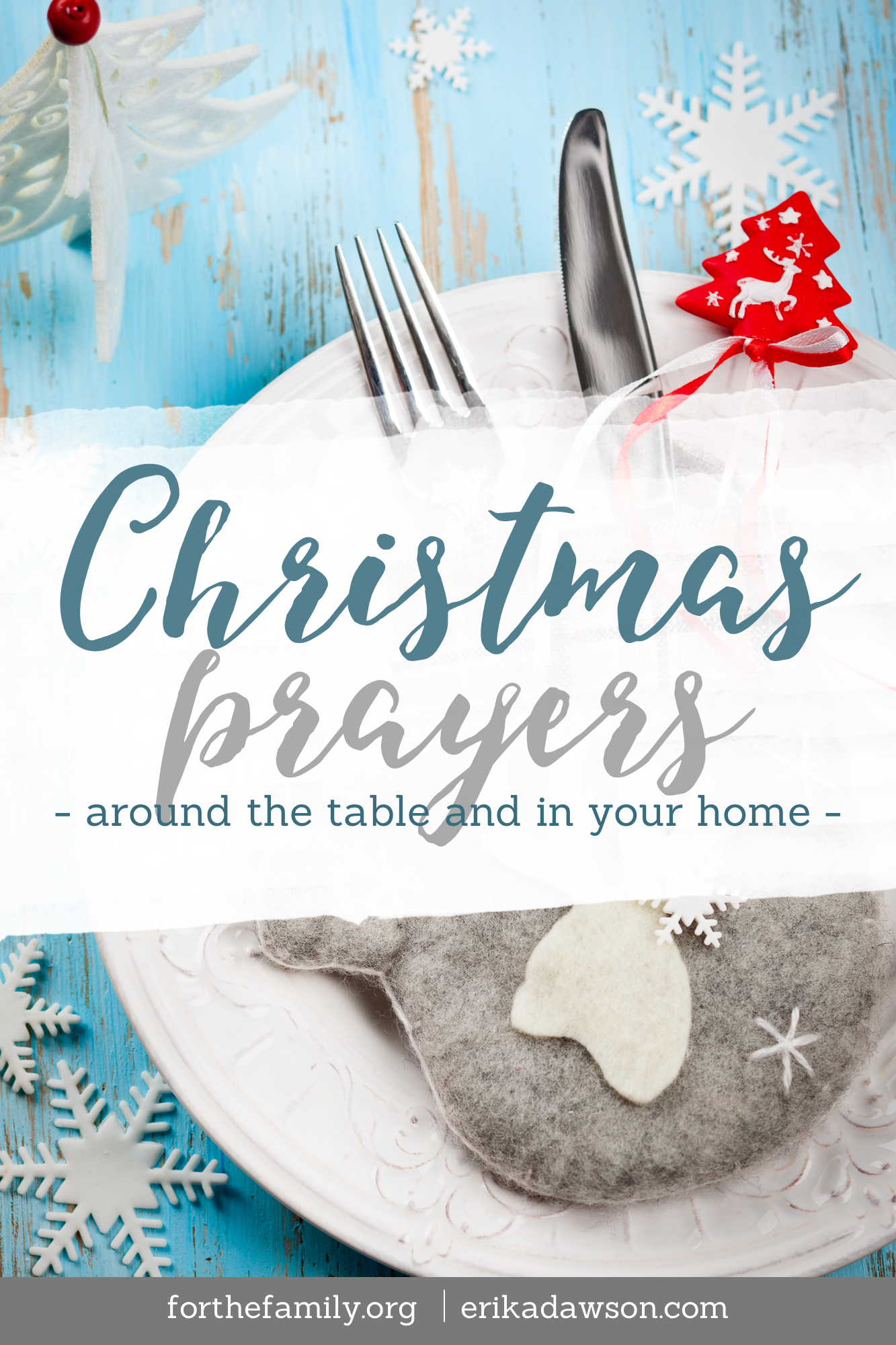 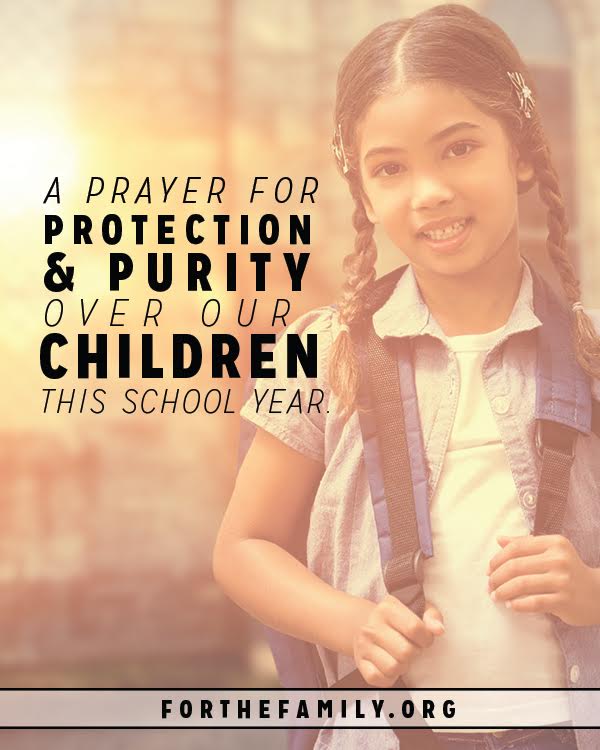 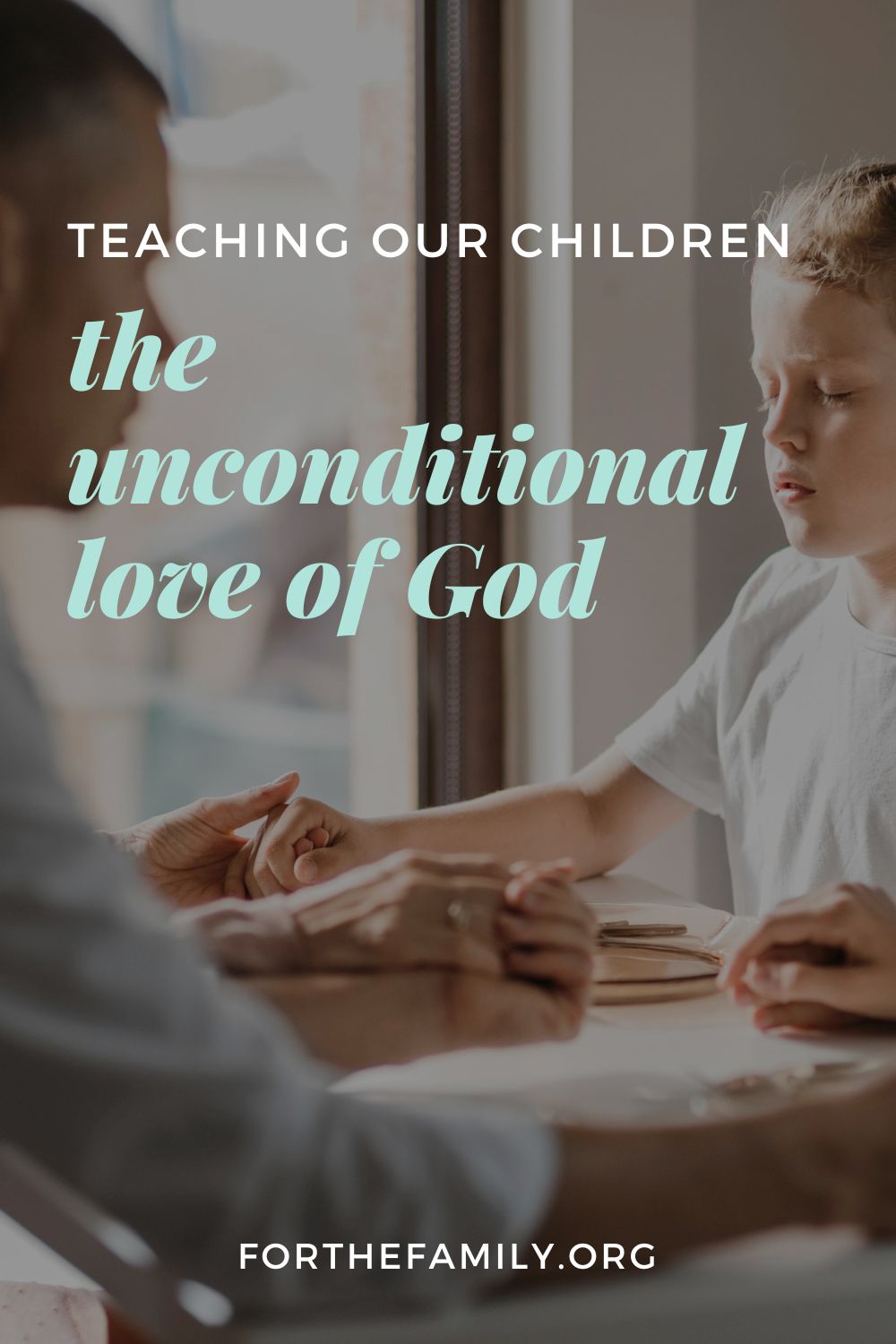