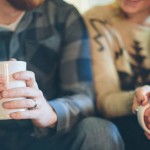 Jennifer married her best friend Aaron in January of 2007. They jumped straight into missions living in three different states and three different countries during their first two years of marriage. Her passion for missions, writing, and marriage led her to create Unveiled Wife, where she blogs about being a wife with every intention to inspire other wives to develop God-centered marriages. Her and her husband are expecting their first child later this year. You can find Jennifer on Twitter and join the Unveiled Wife Community on Facebook.